As well as all the new fashion looks at this year’s Spring/Summer 18 Fashion Weeks, it’s always exciting to see what new beauty trends arise from the runways. Make-up artists and hair stylists worked their magic to bring us some refreshing new trends for S/S ’18, have your pens at the ready because you’ll wanna take note!

It seems that glitter is a look for any season as it’s staying put for spring/summer next year. Glitter lids dominated the Topshop show, created by make-up artist Lynsey Alexander, the party scene of Soho inspired the electrified look. Some statement glitter lashes were hard to miss at Ryan Lo created by Isamaya Ffrench. Other looks included glistening gems at Jeremy Scott and Dries Van Noten.

The eyeliner looks this year were made for the bold and the daring of us. Thick looks were sported at House of Holland, Fendi, Matty Bovan and Versus Versace created by Charlotte Tilbury, whose inspiration was the ever iconic Amy Winehouse for her thick, punky eyeliner style. More subtle looks were seen at Rochas and Eudon Choi created by Adam De Cruz.

Less is more is becoming more and more desirable at fashion weeks, with contour it seems, a dying trend! A dewy look at Bottega Veneta, Emilia Wickstead, Phillip Lim, Victoria Beckham and Issey Miyake, whose look was created by Alex Box. Isabel Marant went for a more softer, brushed brow approach. Pat McGrath created the look for Valentino by applying blush to the edge of the lids and bringing it down to the top of the cheeks for a really fresh and playful look.

The androgynous short look was in abundance at many shows this year, making a real statement with Fendi’s clip in dyed fringes that just further emphasised the edgy look. Gigi Hadid makes another appearance here with her pixie cut for Moschino. Thom Browne gave us a short slick back with a difference, created by hair stylist Eugene Souleiman. A choppy look at Giorgio Armani created a contemporary 60’s look.

Hair accessories are going to be a big part of S/S ’18, with simple hairstyles easily jazzed up with a good hair piece. Headbands and scarves were seen at Anya Hindmarsh, Miu Miu, Molly Goddard and Temperely. Dolce & Gabbana accessorised hair with large clip in flowers that just scream spring/summer vibes. Hair clips made an appearance like never before with Simone Rocha and Versace beautifully demonstrating the subtle accessory. Guido Palau who created Versace’s look said that the garments were so detailed that they didn’t want to take away from that. 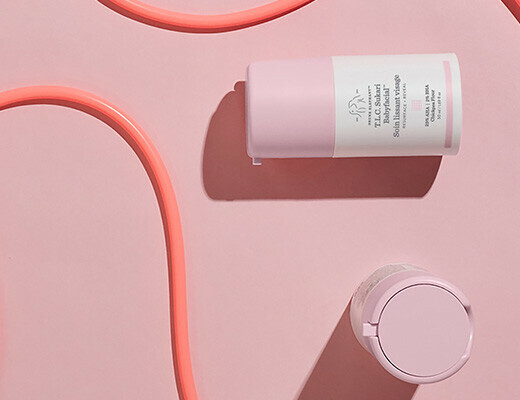