1 month ago, by Voir Editorial Team What’s Been Happening At The Milan Fashion Week Menswear Shows, In Case You Missed It

However, one of the most notable innovations for this year’s show, which has been running between 15-19th January, is that the fashion week is entirely digital, due to the expected social distancing restrictions in place in line with Italian governments.

Camera Nazionale Della Moda Italiana which stands for the National Chamber of Italian Fashion, is the organisation, which is platforming MFW, with the aim of promoting young designers.

While the lack of audience and hustle and bustle is no longer there, this change of working has forced designers to thrive and push their creativity to display their collections in new ways. Here are three shows which have done just that.

British brand ‘ A COLD WALL*’ has been directed by young designer Samuel Ross, since it was founded in 2015 and taken the lux technical streetwear world by storm. The beginning of the FW21-22 show depicted an isolated and minimal show set up, with white flooring, scarcely placed green shrubbery and an illuminating yellow sculptural piece which a handful of models circulated around. The colour scheme was constantly being alternated throughout the show, from white and zesty lemon yellow to dark monochrome footage with eerie techno instrumentals played over the visuals.

The collection brings clean-cut silhouettes with a fusion of tailored Saville Row detailing such as pointed collars and cuffed shirt sleeves, combined with functional streetwear elements such as high -neck zips and loose tracksuit bottoms.

Colour palettes varied from hues of snow whites, ash greys, purple grapes and teal blues fading through to yellow ochre and classic shades of black. The continued development of A COLD WALL’S aesthetic can be described as an ode to futuristic fashion, whilst staying true to their London streetwear roots.

Classic Italian family-run brand ETRO returns with its latest FW21-22 men’s collection for MFW, which is filmed in a large industrial warehouse which includes no other decorate element than the luminous coloured stained windows, which pours hues of warm yellow and orange light onto the runway floor replicating a sunset ambience. Fast-paced, upbeat electronic music complements the fast-moving models on the runway.

The vast spread collection pays homage to the textural and bohemian influenced aesthetic of ETRO we all know and love, with regular sightings of multicoloured jumpers and belted baggy trousers with paisley prints, paired with tailored suit jackets or sport caps. The most prominent accessory of the collection would be the use of leather cross-body bags which are embellished with flat studded metal detailing that come in various shapes and sizes.

A mix between a cool history teacher and a 1970’s hippie with athleisure detailing is how the ETRO collection may be interpreted, which is interestingly not following suit with many of the other current designers who are working with a futuristic aesthetic narrative, yet they remain effortlessly cool.

Italian powerhouse PRADA showcases at MFW once again with their newest FW21-22 collection. The production is set around models walking through giant, spacious rooms with marble floorings and furry walls that are a different colour scheme in each room, from deep reds, lime greens, royal purples and baby pinks – each conveying different moods. The most serious nature of the models is followed by deep techno being played throughout the show but is occasionally interrupted with the clips of the models dancing freely and frantically to the music.

There is a clear reminiscence of a 1980’s influence being used in PRADA’s collection, with interlocking geometric patterns being used on the garments in conjunction with colourful oversized bomber jackets and overcoats or dark, as well as the slim tailoring which PRADA is renowned for. The triangular PRADA symbol is evident throughout the show, with the camera homing in on the emblem detailing, which was featured on the back of jumpers, sides of coat sleeves and most interestingly on the front of pocket padded leather gloves, which features a zip-up pocket on the front of the hand with chrome PRADA branding.

PRADA has remained cool and collected with this collection, with keeping in line with their minimal tailoring approach with pops of colour to keep things exciting. 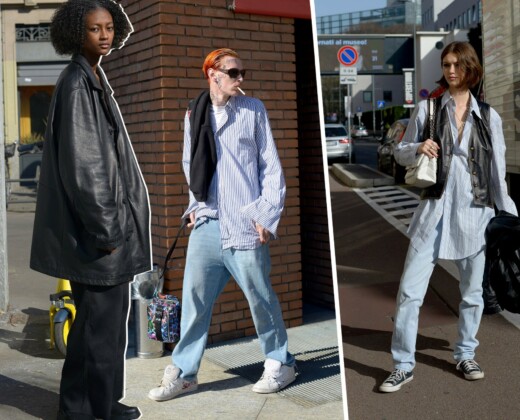 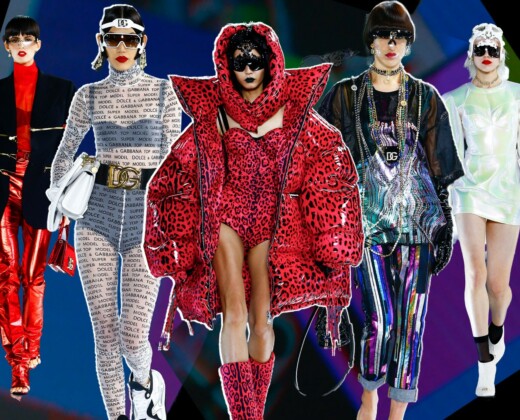 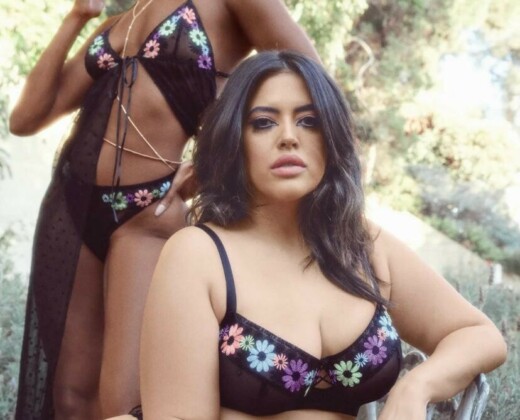 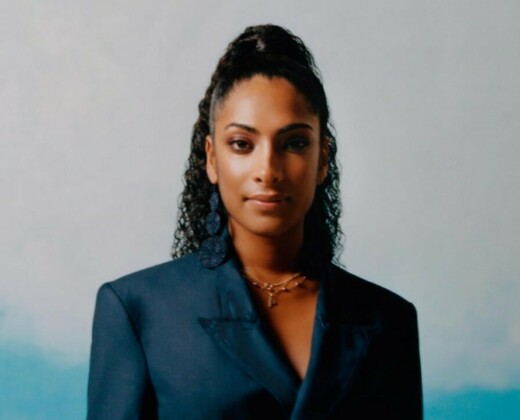 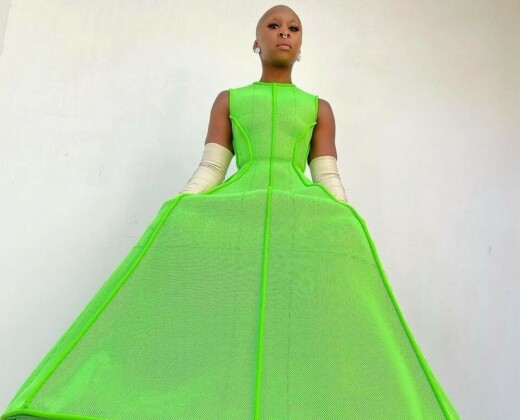 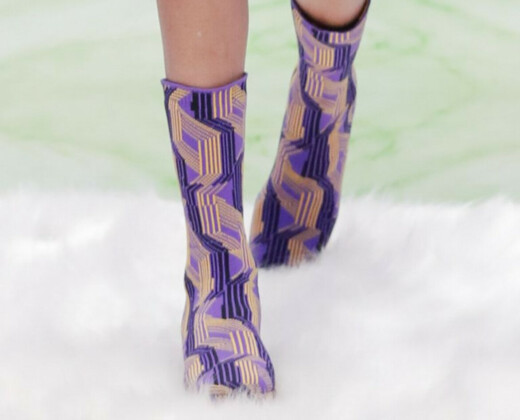