4 weeks ago, by Voir Editorial Team Here’s Your Guide To Recreating Lady Diana’s Most Iconic Looks

The beloved late Princess Diana is well-remembered for many reasons, including remaining a style icon 25 years on, with help from the stunning supermodels, Hailey Beiber, Kendall Jenner and Emily Ratajkowski.

The Lady Di Look Book: What Diana Was Trying to Tell Us Through Her Clothes, published in the UK by Eloise Moran, fashion writer and creator of @ladydirevengelooks, details the princess’ style evolution.

The style is loved by models Hailey Bieber, Emily Ratajkowski, the Hadid sisters and Kendall Jenner as the look remains comfortable, versatile and still incredibly trendy.

In 2019, Hailey Bieber channeled Diana’s athletic look for a Vogue Paris photoshoot which instantly made it a viral trend. On Insta she paid tribute to the late royal: “All credit and inspo to the amazingly beautiful and iconically stylish Princess Diana, who I’ve looked to for style inspiration for as long as I can remember. Thank you for leaving behind such an iconic fashion and style legacy,” she wrote. 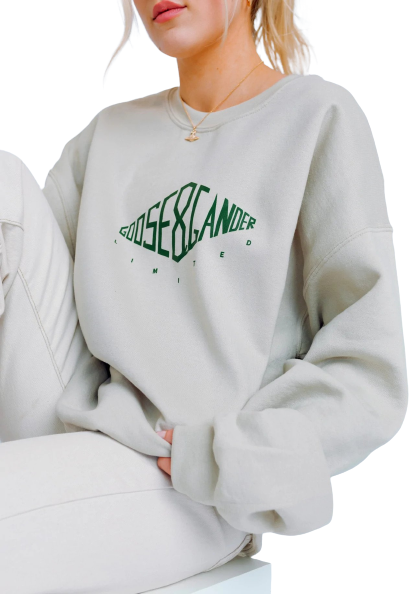 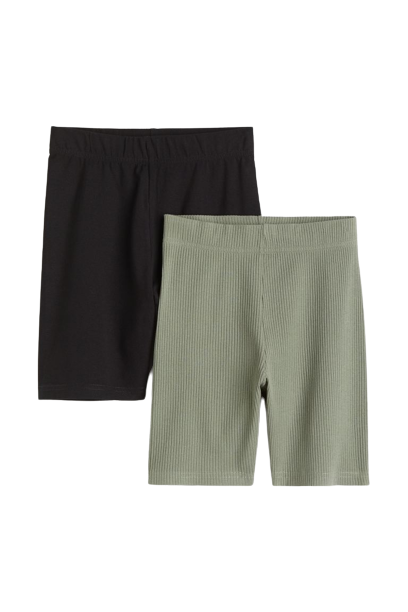 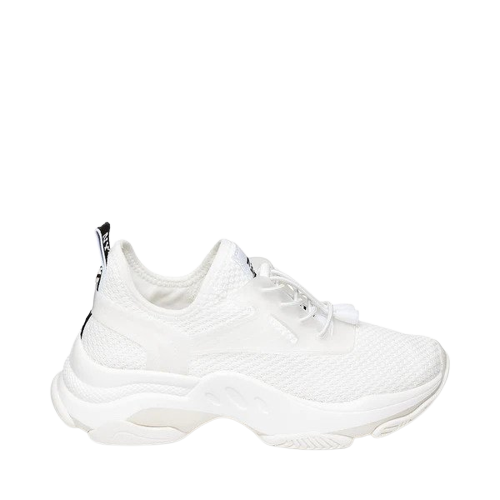 Constantly followed by paparazzi, Diana always looked photo-ready even when off-duty. Her street style was laid-back yet remained chic with oversized bomber jackets or blazers paired with white t-shirts, blue jeans and trainers or cowboy boots.

Loved by present-day designers, GQ magazine named Diana “the real king of streetwear” and an “icon for both men and women” while Virgil Abloh’s 2017 Off-White show was entirely dedicated to her.

The look is also loved by models for its comfort and easy-going style while remaining elegant and trendy.

Emily Ratajkowski admitted to Us Weekly that for the summertime she often looks to Lady’s Di’s off-duty looks for fashion inspo. “I’m trying to go ‘80s and have been thinking about Princess Diana’s street and ready-to-wear moments like a blazer and a bike short and a big sneaker,” she told the magazine.

Rihanna also revealed that the late princess was an unlikely style icon of hers, telling Glamour in 2013 that she was “gangsta with her clothes”. 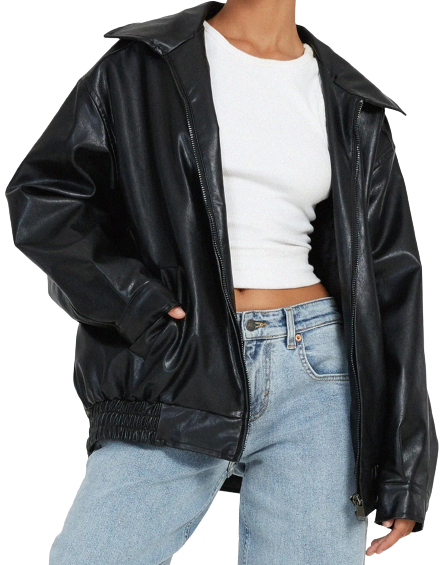 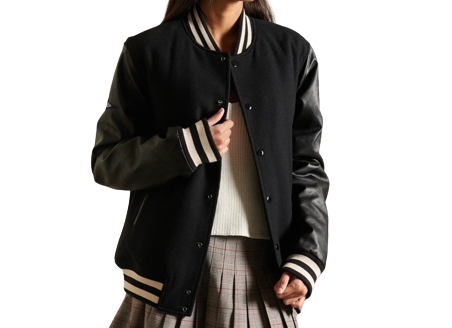 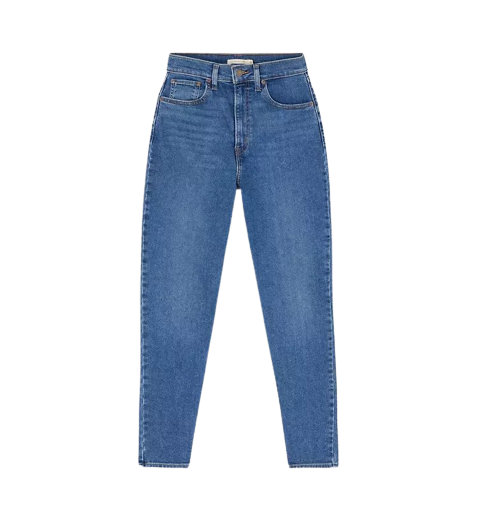 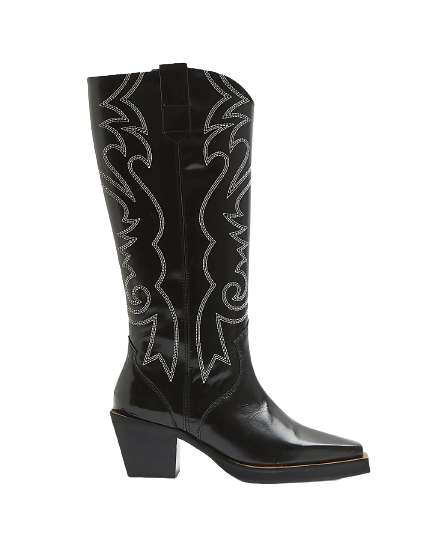 Yet Diana’s most unforgettable style moment is her renowned revenge dress – a LBD by Christina Stambolian worn on the night an interview aired where Prince Charles admitted to adultery. The off-the-shoulder piece was sexy, scandalous and ground-breaking for a princess.

Her style evolved post break-up as hemlines got shorter and heels got higher. Writer Eloise told Grazier that Diana used clothes to “rewrite her narrative when she was essentially gagged.”

Seeking their own revenge, celebs have ruled daring dresses taking inspo from the princess’ boldness, fearlessly breaking the internet in the meantime. 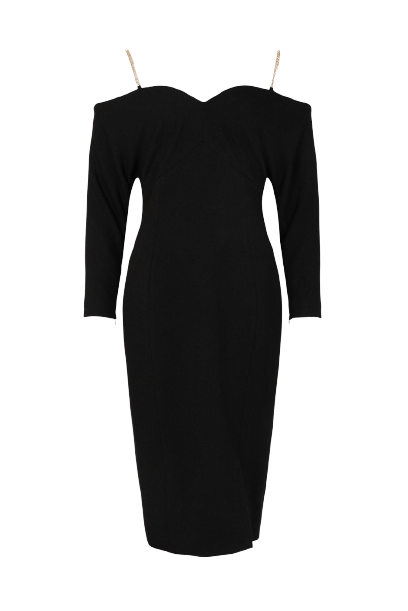 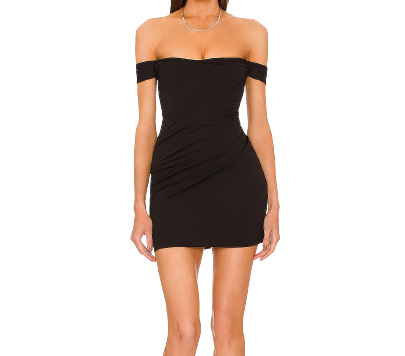 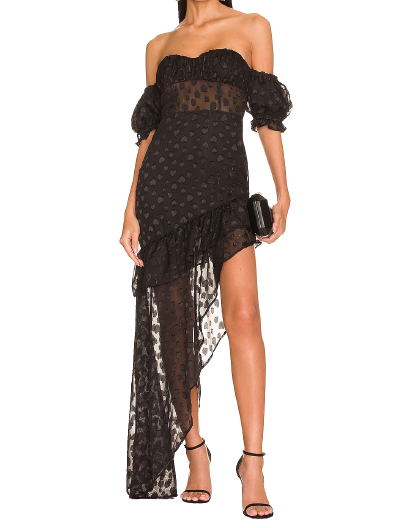 MAJORELLE – OFF THE SHOULDER GOWN

The Lady Di Look Book: What Diana Was Trying to Tell Us Through Her Clothes by Eloise Moran (£25) is available to buy at most booksellers. 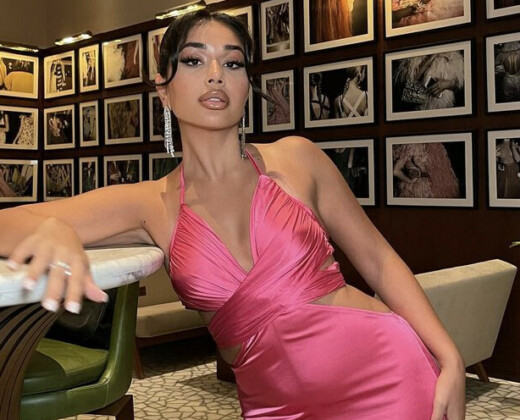 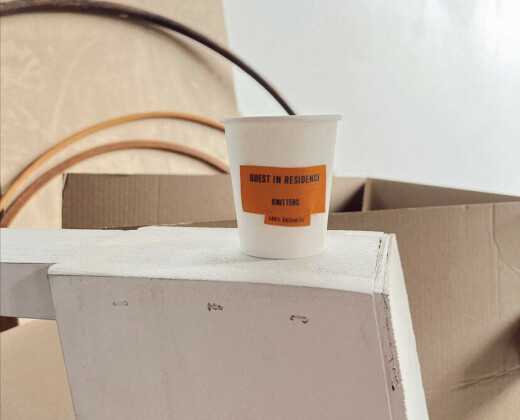 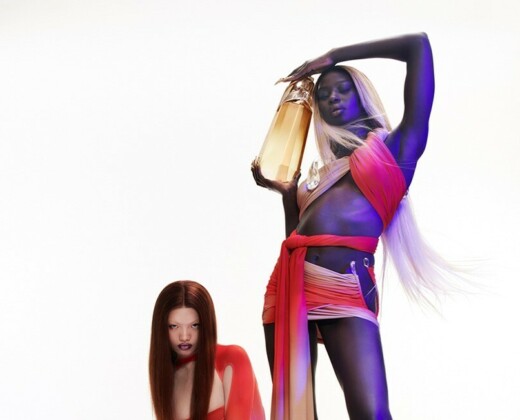 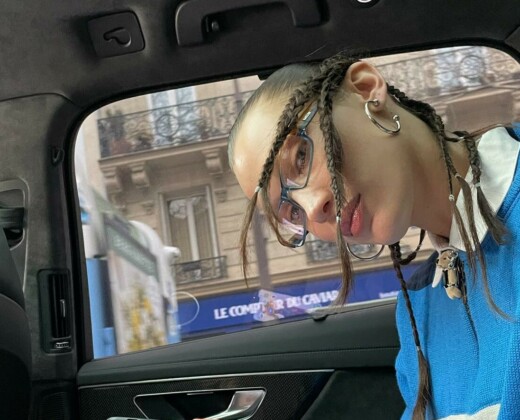 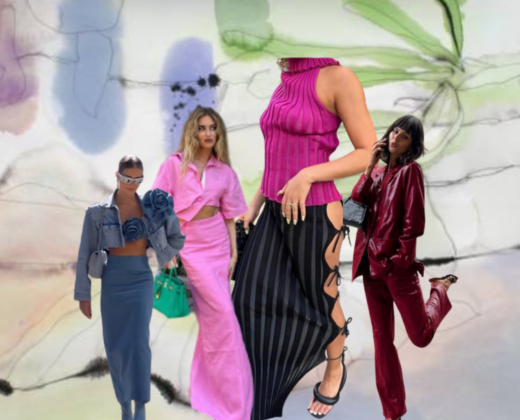 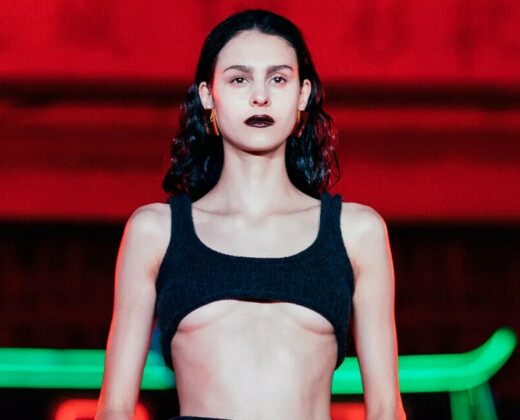