1 year ago, by Voir Editorial Team New Kids On The Block: Meet The VSCO Girl And E-Boy

No matter the era, decade or moment, teenagers have always congregated into cliques and niches that help them feel like they fit in at a point in their lives, often when their identity is in crisis.

Subcultures have always had an imperative role in adolescence, and the 2010s are certainly no exception: meet the VSCO girl and E-boy.

Don’t worry if you’ve never heard the term, VSCO CEO Joel Flory also had no clue of this internet phenomenon.

Named after the popular photo editing app, VSCO, VSCO girls are Gen Z teenagers who adorn themselves in the aesthetic of the app: a SoCal, hazy, warmly saturated filter.

It became popular with teenage girls as the app provides a happy medium between Instagram stories and feed. While your posts appear on an Instagram feed-like home page, likes and comment don’t feature, creating a harmonising safe space for adolescent girls to share their images without the pressures that social media put forth on them.

The VSCO girl wears Brandy Melville and Urban Outfitters, puts her hair in a scrunchie, wears Birkenstocks, Crocs or Vans, and usually applies little to no makeup with skincare first brands like Glossier or Mario Badescu.

She is effortless and carefree. She also cares about the planet (who doesn’t these days), so she’s vegan, carries a reusable straw, and a hydro-flask reusable water bottle, most likely plastered with stickers saying ‘save the turtles’ or the free ones sent in Glossier’s millennial pink packaging.

However, like any niche that has become popular enough to be noticed by ‘mainstream’ media, its mocked for its lack of distinctiveness. And in some respects, it’s deserved.

There is an element of the VSCO girl that makes them feel better than the rest, the “I’m not like other girls” narrative, as it seems the look operates as a rebellion against the makeup-heavy, Kylie Jenner ‘baddie’ look that was so popular with teenage girls.

The VSCO girl plays on the age-old tale that women are always trying to resign themselves from the persona society forces them to be, trying to be that ‘typically pretty girl’.

While you could argue that the VSCO girl look would pass an aesthetic Bechtel test, as its appreciation of natural beauty, and dressing comfortably is done under the guise of fitting in with other women, instead of trying to achieve the male gaze of teenage boys, it still carries some problematic patriarchal values.

At its core by implying it’s a morally superior aesthetic, as an opposition to ‘normal girls’, the VSCO girl look is just another means to attack women, when ultimately the real problem is society’s projection of women being unable to be a multi-faceted being, and unable to be a variety of appearances of personalities.

Better yet, the VSCO girl look is whitewashed and only obtainable with certain wealth (despite its easy-breezy appearance). Take a look any of the popular imagery on the popularised hashtag , all you see are skinny white girls, who can afford the VSCO girl defining symbols, such as the Fjallraven Kanken which sells for £100.

However, these issues aren’t the fault of the VSCO girl, and ultimately at her core is goodness – trying to save the planet, protect the turtles, and celebrate freedom in your precious teenage years. Surely that can’t be a bad thing.

The e-boy is somewhat similar to the VSCO girl, as the male equivalent to “I’m not like other girls”. The name e-boy refers to the aesthetics’ inspiration from internet culture such as K-pop boy bands and their clothing flair, SoundCloud rappers, Instagram skaters, and gaming culture, and this inspiration manifests mostly in their clothing. Adorned in chains wherever possible, graphic socks and old-school Vans they can also be seen wearing long sleeve striped shirts with a plain black Thrasher shirt pulled over the top, tucked into ankle-grazing jeans. The e-boy, at his core, is the crossbreed between emo and streetwear.

However, the e-boy in comparison to its gentler counter-part, the VSCO girl, is an aesthetic not done for their own comfort or sense of identity, but a look to attract young women, seen most evidently by the way they act on the popular Gen Z app TikTok.

The videos usually involve some kind of rap song playing in the background as they ‘thirst-trap’ teenage girls, which typically consists of the e-boy clenching their jaw, running their hand through their tie-dyed curtain hairstyle, and licking their lips. For anyone over the age of 19, it’s quite disturbing stuff. (For example http://vm.tiktok.com/PpapVP/)

However, the most disturbing part of the e-boy is its sensualisation of recreational drug use and violence as part of the aesthetic. Often these TikTok videos will be a roleplay or P.O.V.-style clip in which the e-boy pretends to grab you by the throat or rob you.

It’s a strange dynamic on which these teenage boys are gaining popularity and fame by playing attracting young girls with the bad-boy aesthetic and a weird distorted level of Stockholm syndrome.

However, most commonly, the e-boy usually just creates cringe-worthy content which displays their developing grandeur sense of vanity as an adolescent.

While e-boys and VSCO girls may make us feel old and out of the loop, what is essential is to have the patience to continue to understand the ongoing trends in adolescent culture online. Since social media has developed such a prevalent role in the livelihood of teenagers and their mental health, it’s more important than ever to take an interest in who the younger generation are following are influenced by. 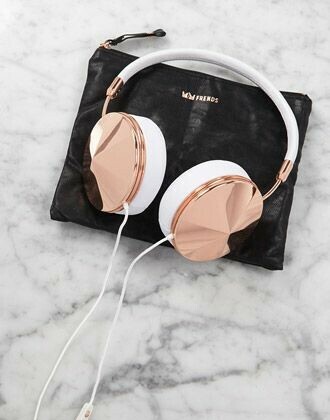 The Best Mental Health Podcasts To Listen To Right Know