2 weeks ago, by Voir Editorial Team All The Best Looks From The 2022 Met Gala

The biggest night in the fashion calendar took place last night, yes, the Met Gala finally returned for its annual outing and the outfits this year did not disappoint! The theme for this year’s event was In America: An Anthology of Fashion so there was a wide display of American fashion history on show, ranging from famed brands, to designers, and to iconic individual outfits too. There are a LOT of looks to get through so without further ado here are the greatest looks of the night!

For her take on the theme, Natasha put the spotlight on the traditional Indian garment of the sari to bring some multi-culturalism to the evening. The sari itself was a wonderful bronze colour and adorned with multiple embellishments for some added sparkle. Also attached was a bronze plate with various twists and curls which added some theatrics, and a healthy dose of matching bronze jewellery for a sophisticated finishing touch.

Here comes the bride! Kylie took the opportunity to create her own special day for the event, showing up in a billowing, pristine white bridal gown as a tribute to the late Virgil Abloh. The garment had a unique spin though, with a sportswear styled approach on the torso of the dress which was combined with a not-so-traditional bridal veil fitted to… a backwards snapback. Welcome to the weddings of the future.

Nicki Minaj went in the opposite direction for her outfit, going for an all-black look with a mysterious edge. Minaj wore some skin-tight leather trousers, a feathered black corset with an attached cape, and fitted herself with multiple black jewels across the top of her body. She, like Kylie, also opted for a cap as part of her outfit, combining the traditional theatricality of the Met with loungewear casuals perfectly.

Kaia Gerber attended the event wearing a metallic Alexander McQueen dress and some stunning jewellery courtesy of Kwiat Diamonds. This is a look that perfectly captures ‘gilded glamour’ whilst allowing Kaia to put her own unique spin on it!

Wearing a Saint Laurent dress, Hailey Bieber rocked a glamorously vintage look last night in shining white and fluffy accents. The dress cut a slim silhouette down Bieber’s figure and was fitted with a sleek cape adorned with some dramatic fur, which Hailey took great pleasure in swooshing about. But honestly, wouldn’t we all?

Olivia Rodrigo embraced a mystical, fairy-tale theme for outfit, looking like a fairy on her way to grant some mystical powers to the rest of the attendees. Her lavender dress was fitted with sequins which gave it plenty of sparkle which helped to add to that mystical feel and she also wore a pair of slightly lighter opera gloves. For a finishing touch, the singer also wore a pair of lavender butterflies in her hair, embracing mother nature just as we all should.

Wearing Thom Browne, Lizzo looked incredibly gothic last night and brought some great theatrical drama to the red carpet. The huge velvet gown was embroidered with stunning rose prints running across the entirety of the garment and giving it a golden glow fit for a royal. Also noteworthy were Lizzo’s nails which were dramatically long and gave off serious Maleficent vibes.

Take a puffer jacket, size it up, and do that ten times more. Gigi wore perhaps the most oversized puffer jacket the world has ever seen last night, bringing some serious Y2K energy to the red carpet and some serious colour too, with the jacket being a glorious ruby red colour which heightened the outfit and gave it some serious glamour. Gigi also wore a skintight corset underneath, adding some sensuality to the look whilst keeping  in theme.

Bella embraced a fully gothic style for her look of the night, wearing a custom corset and lace leggings with a chiffon skirt and chiffon shawl, lace gloves and leather sandals, all courtesy of Burberry. The outfit had an 80s gothic vibe to it and definitely could have fit into a music video from the decade, no problem.

Taking Cinderella in a darker direction, Kendall Jenner wore a stunning black gown made by Prada and looked suitably dramatic. The gown was paired with a sheer top which added some slight Y2K vibes to the outfit, giving it a more modern edge whilst still looking undeniably classic.

Collaborating with Moschino, Simone Ashley wore a dramatic black-satin opera coat with humongous sleeves and combined it with a golden embroidered bustier top which added some texture to the look. The outfit was incredibly sophisticated and presented a unique look amongst the many we saw last night.

Rosalia embraced the maximalism last night, wearing a custom Givenchy gown with an incredibly detailed and embroidered corset and a huge ruffled gown which, combined, offered a seriously vintage vibe from decades past. The singer kept some modern elements in though, with some huge silver earrings and black, Matrix styled shades giving the outfit a distinct edge.

Undoubtedly one of the most stunning looks of the night, Blake Lively wore a twisted Versace gown that started with a copper coloured gradient up top and gradually morphed into a cool ice blue further down the dress, as a reference to the way the Statue of Liberty has changed colour overtime. The hypnotic look was inspired by New York City architecture, capturing the nights theme in the best way.

Kim K wore a literal piece of fashion history last night, wearing the dress worn by the late Marilyn Monroe when she sang Happy Birthday to former president John F. Kennedy. The dress looks just as stunning today as it did then, proving just how timeless and iconic it is, and proving how long-lasting fashion has the power to be.

Billie wore a dress with a unique colour palette last night, evoking themes of classical artwork with the cool pastels and neutrals. The dress had green lace sleeves which ere embroidered with delicate flowers along the arm, and the corset of the dress was fitted with a huge lavender flower which was a nice finishing touch.

Jodie Turner-Smith collaborated with Gucci and wore a crystal chain bra which led into a fringed skirt with pleated chiffon details. The look was one of the more delicate of the night and didn’t attempt to do anything big or grand, which is exactly what worked in its favour. Further proof that there is timeless beauty in simplicity.

Nicola embraced the light and the dark as part of her outfit, wearing equal parts black and pink. The always pleasing colour palette was part of a grand dress with huge shoulders and a billowing cape. The dress was also fitted with multiple pink stems poking out across the outfit, giving it a unique sense of definition and personality.

Definitely one of the more unique looks of the night, Chloe was dressed in head-to-toe gold in a dress with a simple yet at the same time incredibly unique cut which gave it a personality of its own. Chloe also wore a huge butterfly necklace around her neck, giving the outfit some serious theatrics whilst still remaining classy and cool.

Influencer Genesis Suero looked like she stepped out of a classical fairytale last night in a golden and silver dress fitted with an unbelievable amount of embellishments. The outfit was classical in nearly every sense and is another example of a timeless style that will never fall out of favour. 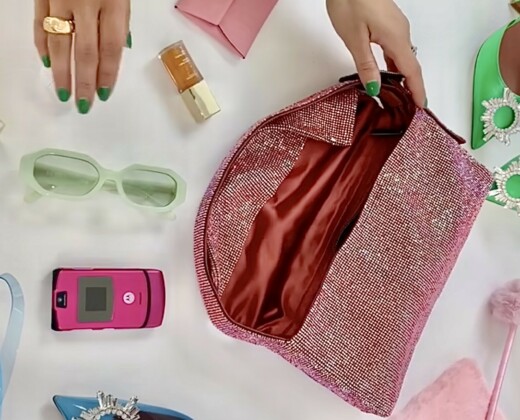 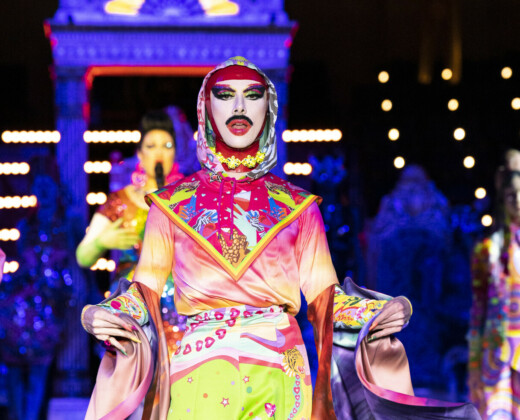 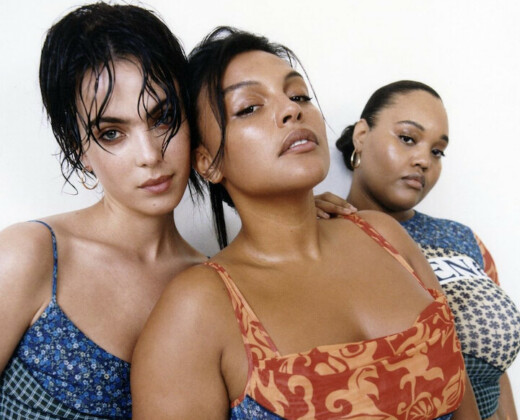 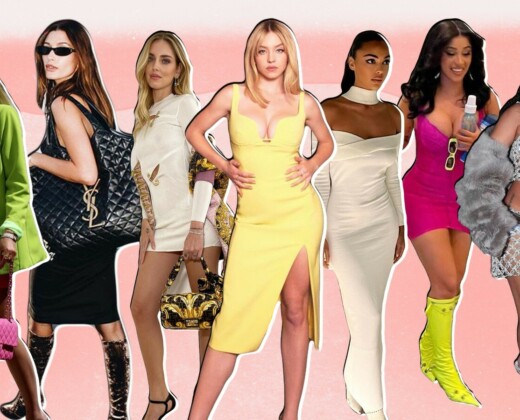 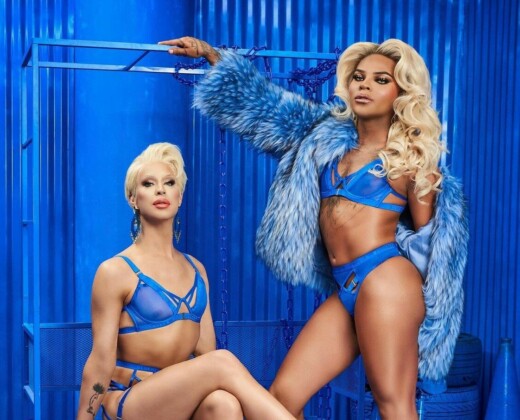 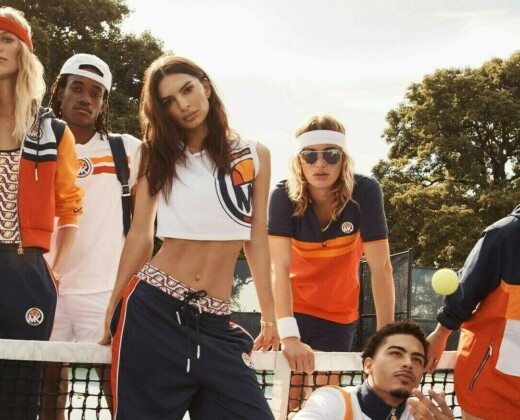