4 weeks ago, by Voir Editorial Team 10 of the Most Dreamy Beauty Trends From the SS21 Haute Couture Shows

It’s that time of year again where we can step into a variety of entirely new dimensions, composed by the brilliant minds of haute couture designers across the world. This year has been a little different however, with designers sharing their collections from private locations across the globe instead of the traditional Paris. But that isn’t necessarily a bad thing—designer’s have been pushing the envelope in terms of environment, garments, and beauty—and we’re here to fill you in on the details.

For SS21, colour seems to be taking a backseat in favour of precious metal accents and pearl adornments with Fendi, Iris Van Herpen, and On Aura Tout Vu taking inspiration from modern technology and prescribing it through ethereal highlights and 3D printings. But that’s not to say all colour is dead this season—Viktor&Rolph are having a total 80’s rave revival with frosty punchy hues, while Schiaparelli are honing down on the unique power only a sharp red lip can hold.

This season and for the year ahead, we can expect to see flashes of chrome across eyelids and cheekbones, flawlessly polished satin skin, softly lined and lightly balmed lips, bleached brows, and an overall enhancement of feminine strength through enhanced natural beauty. A truly ground-breaking season that has come from months of self-isolation within ateliers and more often than not, a brand new perspective.

Inspired by rustic weddings held in the South of France, with wooden chairs and garlands of flowers draping the locks of low sleek ponytails as they catch the first light of spring—this collection sees the return of the effortlessly sun-kissed, barely-there freckled skin with a touch of warming contour opposed to a full-blown bronze. Complimented with walnut toned eyes framed by vigorously brushed, arched and defined brows, Chanel has captured the epitome of balmy evenings that we are so looking forward to having.

Described as romantic, enchanting, and a touch dramatic, Dior Creative Director Pete Philips talks us through how he created the subtle yet luminous makeup for the Christian Dior tarot inspired haute couture collection. There’s a semblance of the mystical, divine, and arcane in the rich golden fabrics reflected in the delicately polished skin and softly illuminated eyes, bringing forth ideas of royal elegance and medieval grandeur.

A timeless installation of gender-neutrality and pieces that will stand longer than the ever-changing trends, Valentino has welcomed diversity and change that tells a narrative only of the collection itself. Surrounded by regal decor, models are seen with faces entirely covered by golden glitter masks, while some have their temples draped in gilded gold, and others simply donning a fresh-faced facade with a focus on beautifully full eyebrows.

This year, the Parisian Couture House has focused on a singular digital model—”The Vaccine Dress” from the collection “Reborn,” which revolves around the idea of injecting light and lightness—a definite reaction from the current global pandemic crisis, On Aura Tout Vu have transformed their perspective into one of technological trust, with the use of pearls and silver adornments carefully administered in a structural formation over the eyes. Flushed cheeks and just-bitten lips create a youthful rejuvenation to the cool chrome castings above.

Veering towards a recreation of the Elizabethan Virgin Queen, this haute couture piece was inspired by the modern bride—a woman who is sure of herself and yields her own strength from within. Platinum hair and matching bleached blonde eyebrows are paired with flawless satin skin that is surprisingly without a trace of blush or bronzer, the only focus being the rich matte “Madonna red” lipstick pointedly angled at the cupid’s bow.

Through cutting edge technology, Iris Van Herpen has entangled the world of haute couture with that of the intricate and fragile network of fungi—expressed not only through the shape-shifting crown or the masterfully laser cut fabrics, but with the soft expressionism of a smouldering, kohl-rimmed eye beneath an artfully bleached brow. Exuding complexity and an unshakable element of regality, this collection is topped off with 3D printed exoskeleton nails that ooze with extra-terrestrial life.

Dubbed as a “couture rave,” Viktor&Rolph have modernised the flashy 80’s with frosted, colourful cut creases blending into the eyebrows and temples mixed with a vibrant shot of lipstick—whether that be a frosty golden mandarin, a shimmery mauve, or a slick patent red. Nails are treated with the same exuberance, as teal silken gloves uncover 3D bubble-effect gels in an assorted colour palette that perfectly matches the David Bowie-esque revival.

In his first ever haute couture collection, Charles de Vilmorin makes a splash with his individually hand-painted garments and models. Paint guns and buckets are seen throughout this psychedelic narrative, referencing the shooting paintings of the early 1960s with De Saint Phalle. Every face is daubed differently, just as each piece has their own brush stroke made, nothing is off the table when faces and bodies are included in this colourful art installation.

Against a baroque French château located in the romantic city of Paris, the haute couture collection entitled “Birds of Love” plays with soft pink rosebud hues melted over the eyes, cheeks, and tailored to the lips against a dewy fresh skin. The monochromatic sweetheart look is complimented by a soft warmth under the cheekbones, a well-defined brow, and mascara—perhaps an ode to the strength of the modern woman just in time for Valentine’s Day. 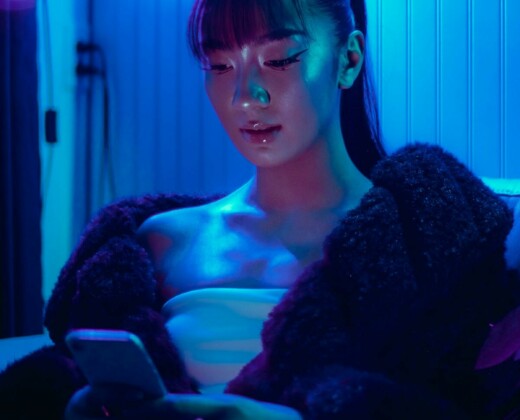 Did You Know The Light From Your Computer Screen Is Damaging Your Skin ? 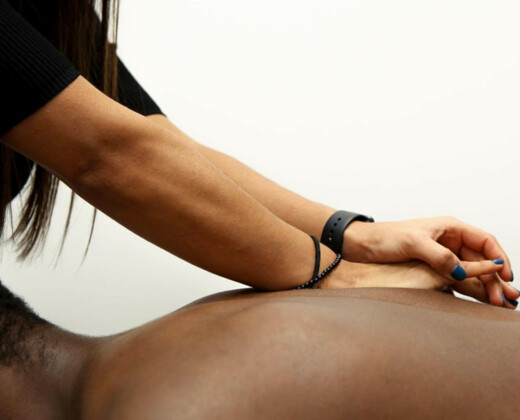 What Is Clean Beauty, Why You Need It & What Products To Use 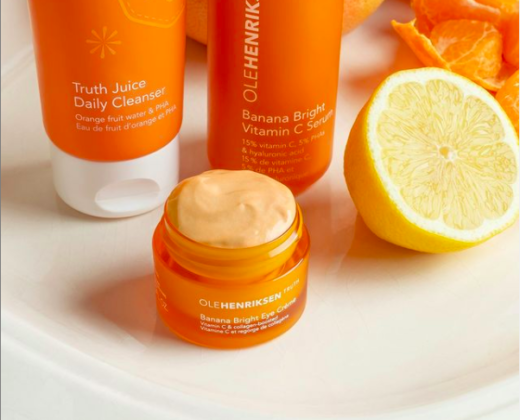 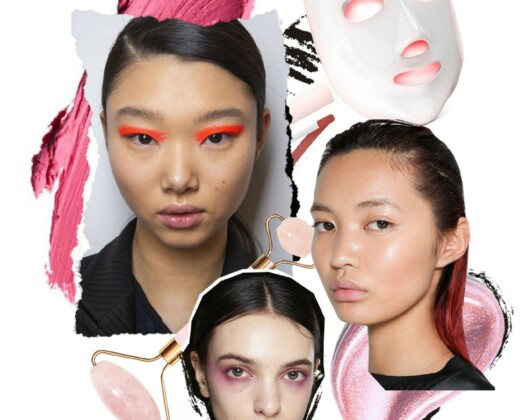 How COVID Changed the Beauty Boom